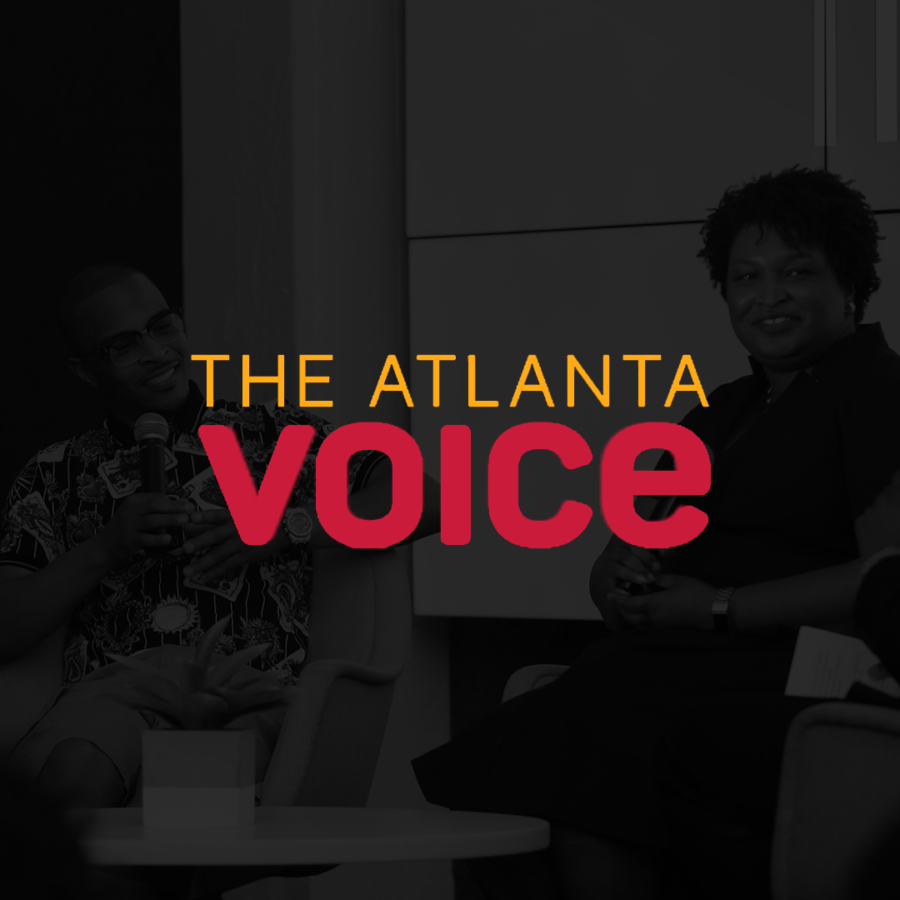 Entertainers – who often reflect the projections of the community – and politicians – who are tasked with creating policy and upholding laws – do not often see eye to eye.

Quite frankly, the conversation between politicians and entertainers has been one of controversy and debate. Seldom have American audiences witnessed a successful discussion between the two worlds.

Over a conversation that took its turns through topics including business ownership, education, gentrification, and mass incarceration, audience members lauded a discussion that seemed genuine, valuable, and effectively delivered, punctuated with a standing ovation for the 300 people who attended the event.

Even though Stacey Abrams and T.I Harris sometimes shared different perspectives, they both agreed with having a goal of creating a more affluent and efficacious environment for Georgia citizens.

A mutual respect for each other seemed evident during the conversation, but both Abrams and Harris’ passion for a better Georgia became more evident with every word.

“I am impressed with Stacey Abrams’ sincere commitment and compassion to the needs of the community,” T.I said to the candidate.

In response, Abrams applauded Harris’ authenticity while pushing forward the idea that it will take a wide range of voices and perspectives to transform the state of Georgia.

“Having authentic voices that can speak to a full range of experience,” Abrams said about the veteran rapper who is often credited with being one the pioneers of trap music. “T.I. is a perfect example of how we can continue to move our communities forward and understand the complexity of the state of Georgia.”

In fact, the idea of people from all backgrounds being able to participate in the political process was a big part of the discussion early on.

Asked whether he thought entertainers could be taken seriously in the political realm, Harris retorted, “Whether or not you take me seriously, would be on a personal preference.”

“Look back and see what me (sic) and my circle has been able to accomplish and attain for the community,” he continued. “I believe that would come back positive on my behalf. But not just for me, it’s for the community, there is a whole entire community of people, a generation of people, who all care about what goes on within the community; the needs of the community. From education to experiences, to opportunities, we are just focused and committed to trying all of them.”

Abrams added, “Politics is about making policy that helps people achieve their dreams. Entertainers are entrepreneurs whose main product is their talent. And their ability to leverage that talent to influence how policy is made is exactly what we want from small business owners and entrepreneurs.

“We have to take (entertainers) seriously, especially in Georgia, where this state is grounded and lifting up the entertainment is one of our major revenue generating industries in the state,” Abrams explained. “Not only should entertainers be taken seriously, they should be lauded for their engagements in politics. … Because for all of us, politics is what we are. Every decision we make… is a political conversation and we should encourage everyone to the table and take every voice that has been lifted up as a serious conversation.”

In fact, Harris spoke on his own experiences as a black student having to take standardized tests in school. He explained that like most students, “we had to walk into (their) tests hungry” or having to “wear the same clothes from the day before.”

“I think (African American) minds are some of the most brilliant, but our conditions sometimes do not match our potential,” Harris said. “We do not have the same bare life necessities as others, which (causes) our minds to trail on things other than just the test.”

Abrams continued the education discussion by emphasizing the importance of providing sufficient schooling for Georgia’s students.

“We have to make sure… Pre K -12 education does not depend on your zip code,” she declared while advocating that parents should not have to leave their community for their children to receive a vital education.

She also explained the necessity of “post-secondary” education, “for those who are not ready to go to college” and “making sure that everyone who wants a skill can have one, because that young person who learns how to build a house can eventually be the person who ends up owning those houses.”

Business was another important topic where the two clearly shared similar perspectives. Harris told a story from his adolescent years when he and his uncle invested $25,000 into buying an old house in his neighborhood.

Together, they refurbished the house and went on to sell it to another family. From that time, Harris and his uncle have purchased “about 62 houses all over the west side.”

Through his own experiences, Harris emphasized the power of ownership, creating opportunities to attain wealth, and keeping wealth and ownership in the community with his story.

In the same breath he spoke on gentrification: “Don’t blame anyone else for taken notice of a treasure you decided to abandon.” When it comes to taking back neighborhoods and supplying wealth back into local businesses, T.I expressed, “if there is anything positive we can sustain… we should reap the benefits.”

When it comes to owning your business and obtaining financial literacy, Politician Stacey Abrams added, “I’d rather have 50 percent of something great, then 100 per% of nothing.”

Revealing ownership of even a portion of a business is better than owning nothing at all, Abrams explained to the audience. She also provided an important tip about partnership in business: “Always want to find someone that knows more than you do about what you’re doing.” Indicating the importance of having an expert on your team, and the expert most likely will not be you.

Abrams also expressed her excitement at the possibility of Amazon bringing 50,000+ jobs to Atlanta. But Abrams is excited about the prospective jobs that can be created in the small business sector as well. “I also want to invest in 5,000 small business to create 10 jobs each because those 50,000 jobs will never leave Georgia,” she disclosed.

Abrams said she recognizes the importance of having local businesses flourish within Georgia aside from big corporations; ultimately, she welcomes all sources that help the state realize its potential of creating long-lasting jobs for Georgia citizens.

The conversation culminated with a discussion about mass incarceration and the judicial system, a plague that has put its mark on the African American community for years.

He declared everyone needs to appoint someone in the position of power that can actually bring change and progress in the system.

“We have to change it from the inside out, and that’s why I think leader Abrams is the best person for the position (of Georgia’s governor),” Harris said.

Abrams did not take the recommendation lightly as she immediately communicated changes she wants to make in the Georgia Judicial system. The decorated politician’s main point about criminal justice reform: “We have to make sure we do not treat juveniles as adults in our own justice system.”

“(Georgia) allows children to be suspended as young as four years old,” she said. “If you treat a four-year-old as a criminal, that behavior doesn’t change over time. Criminal justice reform is key.”

Harris resolved, “Everyone in here has a responsibility to arm ourselves with information.”