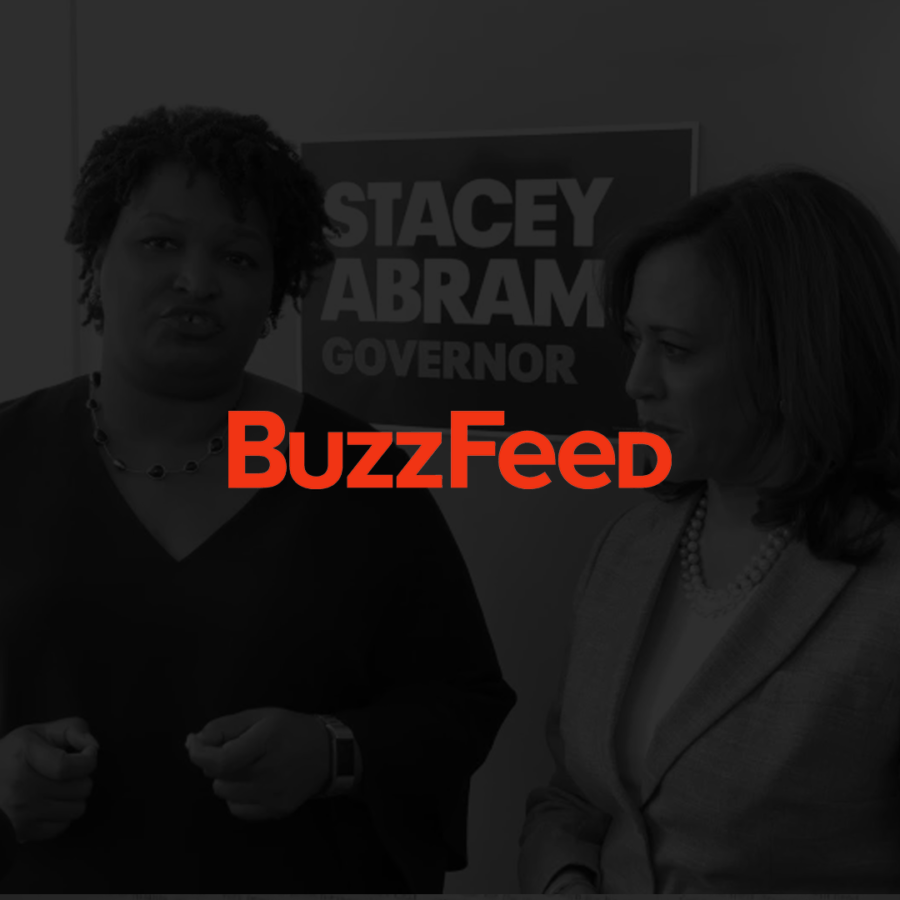 Sen. Kamala Harris and Stacey Abrams on a recent evening bounded into a tiny rectangular room for a media avail at the Gathering Spot, a secluded hot spot here where one person who frequents it mused, “If Drake walked through that door right now, I would not at all be surprised.” They’d appeared before the start of a fundraiser and rally for Abrams, the Democratic candidate for governor of Georgia.

Abrams introduced the California senator to every reporter in the room by their first and last names. The women lavished “thank you for your leadership” praise on each other before Harris pivoted slightly, saying: “One of the main reasons I’m here is that the outcome of this race is going to have national impact because Georgia matters to the rest of the country.”

Harris went on like that for another six minutes — saying Georgia was representative of the beauty of our country, a place whose election can help tell us who we are as a country, a place rich with people, resources, and talent — before someone addressed it: How does Harris get to yes on running for president in 2020?

Harris looked downward for a second and glanced to her left before Abrams politely interjected. “Well, thank you,” said Abrams. It was impossible to tell if they had talked about it this, but Harris seemed to appreciate the bailout. “And with what,” said Harris playing along, “thank you so much!” The well…next question…see ya! approach played well in the room.

The rally, just days after Harris’s official endorsement and with just 11 days left until the primary, served as a live celebration of the voting power of black women and how that movement is demanding representative power in Democratic politics. The endorsement — something of a surprise — followed by the events in Georgia this weekend were a comparatively rare thing in US politics so far: one very nationally prominent black female politician campaigning on behalf of another nationally prominent black female politician.

Harris, the second black woman to be elected to the Senate, and California’s first black senator, is hoping to help Abrams become the country’s first black female governor.

Abrams spoke briefly and without prepared remarks, laying out her vision for Georgia, but not without flourish, saying Harris as California’s attorney general “took an office that could have been used as an instrument of torment and turned it into a platform for progress.” (She also referred to Harris’s questioning of Gina Haspel, who avoided Harris’s question about whether she believed CIA torture techniques were immoral. “I don’t want her to ever ask me a question other than what I had for breakfast,” said Abrams.)

Harris is relaxed as a campaigner, though — composed and comfortable. “Y’all looking at me, like, ‘Where are you going, Kamala?'” she said as she built up to a riff about problems with health care, jobs, finances, and education that keep Americans up at night.

Harris is yet another national asset to a statewide campaign that Democrats who are supporting Abrams’ opponent, Stacey Evans, criticized for not being focused enough on Georgia. (“This is a local campaign that has national implications,” said Abrams. “We’re locally grounded and nationally known, and I’m excited to bring people of all stripes to share my vision about why Georgia matters to the entire nation.”)

Democratic women say this is exactly the direction of things, especially in a state like Georgia, which has seen demographic change over the last few decades and many Democrats in the state believe will ultimately become a purple or even an outright blue state, in the model of Virginia or Colorado.

And the importance of black women voters — and how much the national party has in the past failed to appreciate that importance — has become a particular cause since the 2016 election. Black women, and what black women want from Democratic candidates, is certainly important in Georgia, where black voters comprised 51% of the presidential primary electorate in 2016.

“The movement is going to higher heights,” said the political strategist Glynda Carr, who is a co-founder of Higher Heights, a group working to expand black women’s political power with a focus on electing and mobilizing them. It created a report on the status of black women in US politics called the Chisholm Effect, which found that when black women run it has a role modeling effect. Harris wrote the foreword. “They’re continuing to create more [enthusiasm] on the 50th anniversary of her run for Congress and we see it as an opportunity to galvanize black women’s growing economic and electoral power that has normally not translated into our representation.”

Abrams’ candidacy has serious implications for that dynamic, said Alencia Johnson, the director of public engagement for the Planned Parenthood Action Fund. “For too long black women have been a reliable voting bloc and we’ve been taken for granted,” she said. “At this moment, we’re finally seeing an investment in our leadership and that’s how we win. We’re using our collective power to change the face of politics by electing progressive, unapologetic champions like Stacey Abrams.”

A bevy of national groups — from EMILY’s List to Our Revolution — have backed Abrams but Rep. John Lewis, Sen. Cory Booker, and Harris, three of the nation’s most prominent black lawmakers, are Abrams’ most significant political backers. While Harris has backed a large number of candidates this year (she recently endorsed in the race for Ohio treasurer), large southern states like Georgia are notable for the major role they play in selecting Democratic presidential nominees.

And many of the black women who came to see Harris this weekend were among the 50% of undecided voters in the race and said her endorsement has them leaning Abrams.

One was Carla Morgan, a young black woman from vote-rich DeKalb County who said that she had heard “good and bad” things about Abrams but was a big supporter of Harris. “I’m seeing that her support is very diverse; it reminds me of the Obama [coalition],” said Morgan, looking around the emptying room. “I like what Kamala stands for. So I wanted to hear what Abrams had to say.”