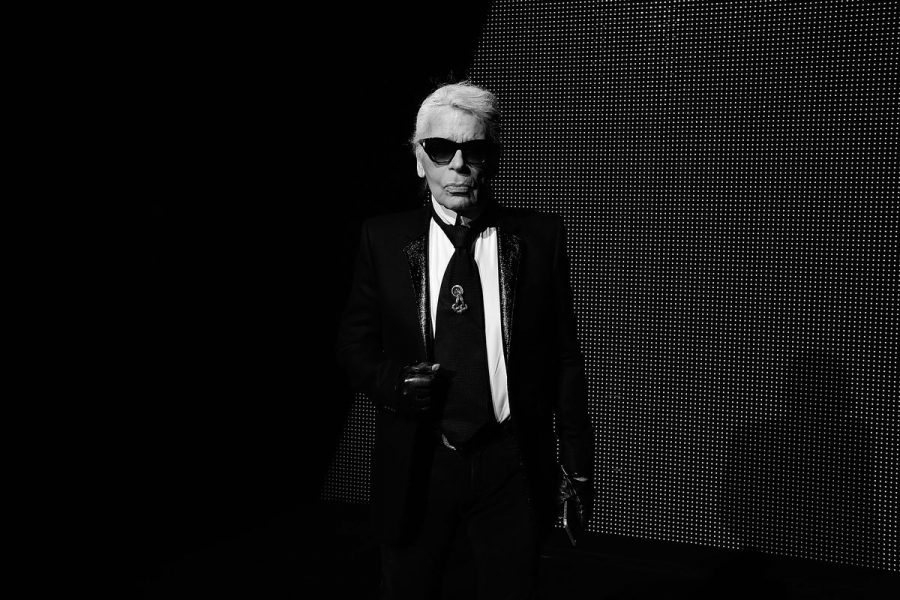 An icon in fashion
Karl Lagerfeld’s bold personality and zest for fashion transformed him into an international icon. Langerfeld utilized his looks and quirks to paint a “cartoon” for the world to see, stepping into the spotlight just enough to curate a fantasy-like image. While creating a caricature for the public to consume, he spent years sparking controversy. But his created personality was a form of protection – shielding him from the pitfalls of fame. He never drank or did drugs, coining himself an outcast while subconsciously preserving his health.

Lagerfeld leaves behind a history of perseverance, resilience and creativity. Refusing to retire, Karl Lagerfeld was in the midst of designing eight collections at Chanel, five collections at Fendi and two for his own brand at the time of his death. His Chanel contract extended until 2045 – a lifelong commitment. From publishing  “The Karl Daily” and receiving the Grand Vermeil medal, Lagerfeld lived a bountiful life. While facilitating the functionality of three powerhouses, he still made time for love, adoring late partner Jacques de Bascher and his pampered white cat Choupette. Choupette was such a fixture in his life he wrote a book about it, spoiled her with two maids and flaunted the feline via social media.

How he got his start
He entered a sketch contest and submitted a drawing of a coat. His submission outbeat over 200,000 competitors, awarding him theopportunity to work as an assistant for designer Pierre Balmain in the1950s. Lagerfeld was determined to prove his worth and value to thefashion world. He would sew until his fingers bled – his work ethic was unmatched. He would eventually join Fendi as Head of Design House in the 1960s. This prepared him for a future venture: Chanel. Lagerfeld joined Chanel in the 1980s with a dream to modernize the dying brand. He transformed the age old fashion house into a multi-billion dollar business. He was a rule breaker – introducing the world to the Chanel mini skirt – a classic piece in the brand’s collection. He implemented boxy jackets, logo themed belts and a ton of fur. This upset PETA… a lot.

But Karl wasn’t a saint
Certainly, Lagerfeld embodied some of the best things about fashion, but he also represented some of the worst attributes of what can be a dark, destructive industry. For every celebrated collection, Lagerfeld’s history is littered with just as many highly publicized quotes — often generously described as “controversial” — that were misogynistic, racist and just plain cruel.

Lagerfeld recently sparked controversy during the #MeToo movement. He believed models complaining about being groped “should join a nunnery”, and professed his discontent for “starlets” reaccounting sexual harassment from over 20 years ago. He was not one to combine fashion and social issues, stating “fashion people are fashion, they are not politics”.

He even dabbled in blackface and racial insensitivity, shooting model Claudia Schiffer in an afro and dark makeup and a kimono (two different outfits). In 2017 he was accused of anti-Semitic and anti-immigrant views, and verbally attacked larger women who wished to be seen on therunway: “The hole in social security, it’s also [because of] all the diseases caught by people who are too fat”.

A new era
Now, as the world reflects on Lagerfeld’s career and legacy, many people believe we can do more than mourn a great talent. We can — and should — also acknowledge the less savoury aspects of his public persona, and use them to help build a better future for an industry about to enter a new, post-Lagerfeld era.

“While we mourn the death of Karl Lagerfeld, we look forward to a new fashion era in desperate need of change.”