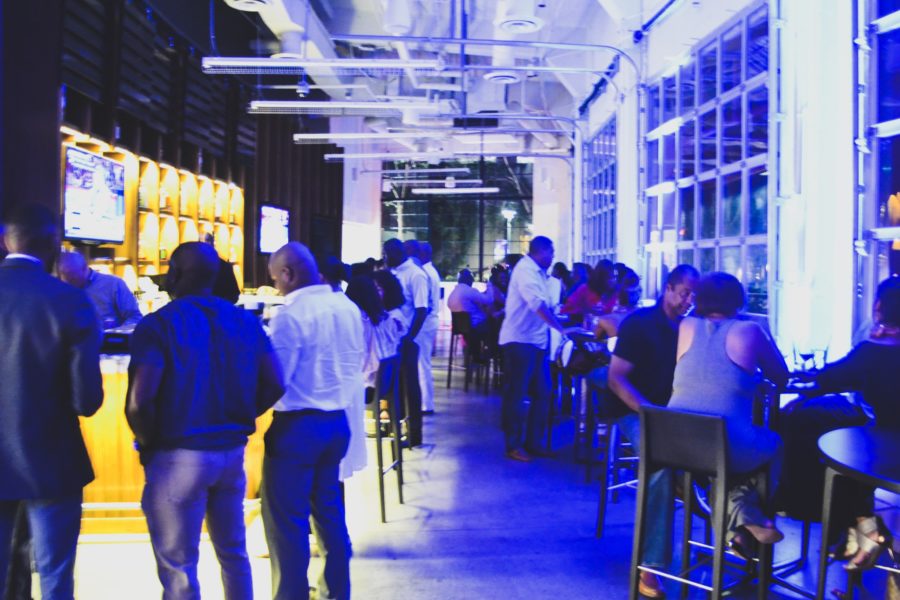 Downtown clubs have been wining and dining the hearts of Americans since the late 1800s, but in recent years, the once thriving industry has hit a shank. While evolving family dynamics and a shift in economic stability play a part in the downshift, many believe it’s the casual millennial lifestyle that’s causing the disruption in membership.

Suffice to say when we first heard of a new city club entering west of Midtown we were a bit skeptical, but Ryan Wilson and TK Petersen’s adaptation of the members-only model is a breath of fresh air. We recently toured the space and caught up with the Co-Founder and CEO, to find out how the Georgetown pals are pumping technology, innovation, and collaboration into the crux of The Gathering Spot.

In a few short weeks, the new take on the city club model, housed in the historic Northyards development, will officially open its doors to entrepreneurs, working professionals (think lawyers and bankers), and creative minds like designers and marketers. Wilson hopes that colliding folks from across sectors will build a spirit of cohesiveness that is often disregarded in the traditional country/city club model.

“We are being very intentional about ensuring our membership is well represented and welcoming to folks from all walks of life,” says Wilson. “It’s not enough to simply have a nice title in a renowned organization. We want to know who you are and what animates you outside of your typical work day, with the ultimate goal of connecting members who can create a diverse community within the space.”

The 20K-plus squarefeet of grandeur will operate as an event space, restaurant, and workspace (with hot desks and private offices). It offers features ranging from concierge services and tickets to local sports favorites, to craft food celebrating the westside palate, indoor-outdoor walkthroughs, and a bar that stretches farther than the Chattahoochee. Lest we forget our personal favorite – technology that taps into everyone’s inner nerd.

“From the very beginning, we worked with our designers to integrate technology into the space,” stated Wilson. “The tech component is important to us here, so the second our members enter the space, their cellphones will communicate with our entire system – from the doors unlocking when you walk through the door, to our large video wall in our event space.”

Work and play aside, The Gathering Spot will also include a calendar chock-full of events, like their upcoming “Uncommon Conversations,” which was inspired by a speaker series Wilson and Petersen attended during their days at Georgetown. “We found that it can be hard to find access to good content that reaches a wide audience after you get out of school. We are laser-focused on providing events that will keep our members from getting bored – if it doesn’t seem worthwhile for someone to leave work and drive across town to attend, it won’t make the cut.”

Wilson has worked on The Gathering Spot for the better part of two years and had a hand in all the decision-making that followed (down to the last layer of electric blue paint). A lawyer by trade, Wilson, moved back from DC so he could bring a fresh approach to the worn out club model.

“There is so much energy happening around town right now. It’s been exciting to design a space that can build a community in a unique way – and to play a small part in my hometown’s growth.”

Whether you’re looking to collaborate, hit the work grind, listen in on a speaker series, or throw back a few libations after a day of hustle, The Gathering Spot is the place to be. Apply here for membership and be sure to keep up with the crew on Facebook, Twitter, Instagram, and LinkedIn.