The Gathering Spot is an epicenter of culture, cowork, and cool 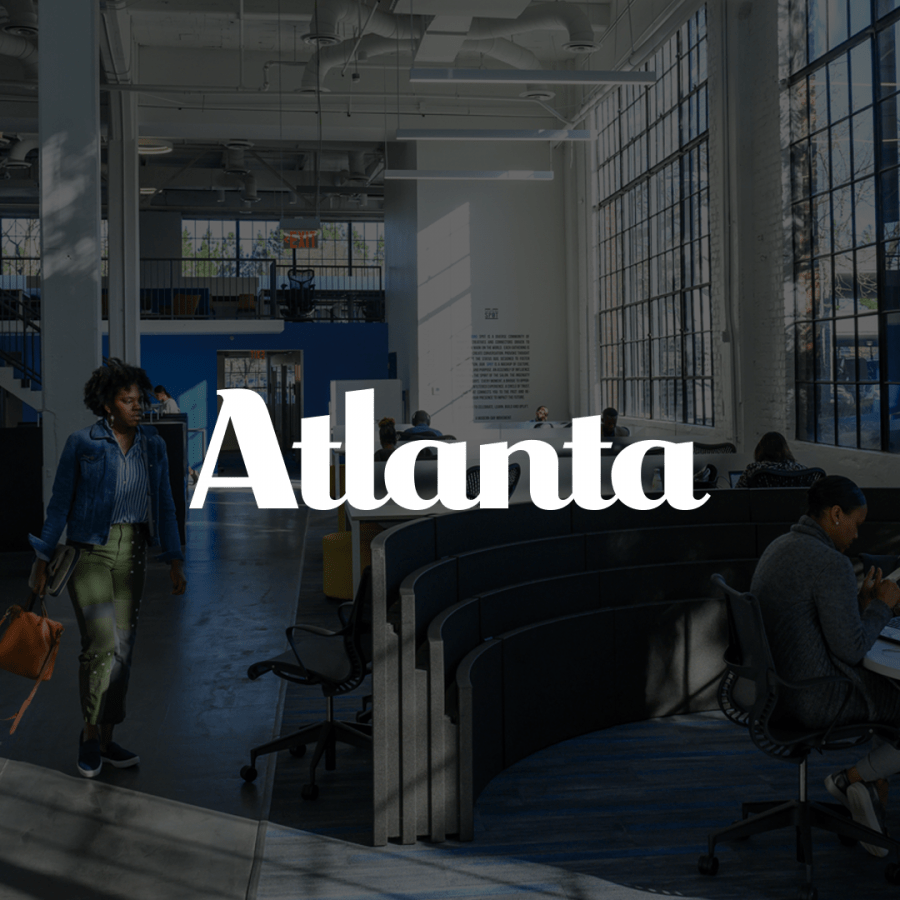 When I arrive at the Gathering Spot, frosted glass denotes two side-by-side entrances: one for members, another for guests. I step through the latter into the lobby, and a blast of gingery musk envelops me, cued by my arrival. A chicly dressed member with fire-engine red lipstick and a tapered fro checks in via QR code on her phone. “Love your top,” she calls over her shoulder, breezing by. Jazzy music by Solange plays over surround sound. It’s only 11 a.m., but this workplace feels like a nightclub crossed with the Four Seasons and a dash of The Jetsons. “May I get you a glass of water, Debra?” Cheerful helpers appear not once, not twice, but three times.

Ryan Wilson, cofounder and CEO, turns the corner to greet me: wide smile, smart glasses, and trim, cobalt blue suit, the same shade as the sofa on which I’m seated and, come to think of it, the walls, too. “It’s all intentional,” Wilson says, describing his vision for a private club of the future, partly inspired because he and fellow Georgetown University alum TK Petersen missed the varied, daily interactions of undergraduate life. Neither coffee shops nor staid city clubs fit the bill. “Who said professionals can’t interact with the entertainment industry, or producers, or tech? I wanted a place where all different types of folks intersect,” he says.

We take a left into the club’s central restaurant and bar area, a bustling scene where conversation swirls around banquettes and cocktail tables. “See Jewel over there?” Wilson points out angel investor Jewel Burks (and all members) by first name. “She takes breakfast meetings here. It’s about productivity.” He signals to a foursome dressed in designer sweatshirts across the room. “That’s a major music artist’s manager and a set director. Legitimate business is about to go down.” On another day, you might spot celebrities like T.I. or singer Keri Hilson.

Here, cowork is more about creative collisions and curated community and less about standing desks and conference rooms—although such spaces also exist, past the restaurant in a vast dedicated wing that is unlocked, naturally, by digital keys on members’ phones. There’s also an event space, a maze of hallways dotted with art by black artists, and nooks for impromptu conference calls. Layer on more than 20 programs monthly—such as a members-only conversation with Stacey Abrams, a live podcast recording on how to live your best life, or a reality-show watch party—and you’ve got diverse experiences popping at 2 p.m. or 2 a.m.“We’re openly celebrating the social and professional being,” says Wilson. As for that intangible cool factor? “Yeah, it’s a vibe.”