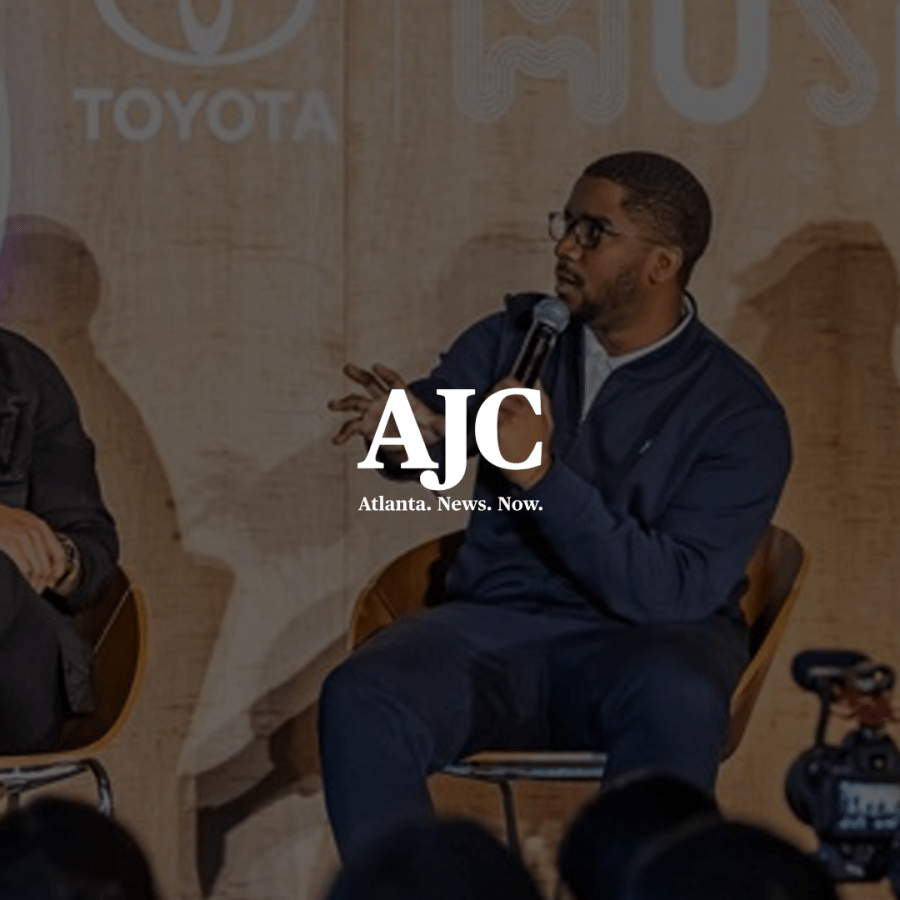 By Najja Parker, The Atlanta Journal-Constitution

Ryan Wilson has hosted events for Stacey Abrams, T.I. and others at The Gathering Spot

Love perusing through social media to find out what your favorite influencers are up to? Get a closer glimpse into how they spend their time in Atlanta with “ATL Closeup,” a new AJC feature that explores the leisure lives of some of the city’s most notable personalities as they go from work to play mode over the course of a typical weekend —from their favorite places to dine to the little-known spots where they find retreat.

This week, we’re hanging out with Ryan Wilson, the CEO and co-founder of The Gathering Spot. Alongside his business partner T.K. Petersen, he has redefined networking and cultivated a hub for local executives, creatives and tastemakers like Stacey Abrams, Will Packer, Ludacris and T.I.

The 28-year-old is well-connected and attributes much of his success to the city that helped raise him. He grew up in Marietta, but ventured to Washington, D.C., to attend Georgetown University. After graduation, it didn’t take long to draw him back home. At 24, he returned to the city to lay the groundwork for The Gathering Spot.

“I don’t think there is any better city, particularly if you’re an entrepreneur of color, to start a business,” he told the  Atlanta Journal-Constitution. “I moved back with a dream, and the city supported us.”

When he isn’t manning his company, the boss is carving out time to hit up some of his favorite places. Here’s where you’ll likely find him on any given weekend in Atlanta.

Atlanta has good food everywhere, Wilson said, but “the west side of the city has some of the hottest restaurants in town.”

Whether he has a taste for seafood at The Optimist or a drink at Barcelona Wine Bar, he always explores eateries near his home.

But Bocado is one of the places he frequents the most. You might catch him there on a Saturday with his wife for date night.

“We go back to Bocado a lot. It was one of the places we first started to go to when we moved to this area,” he said. “Bocado has these herb fries that are really good, so if you’re interested in some amazing French fries, the ones there are spectacular.”

Between hosting events at The Gathering Spot and closing deals with organizations, including A3C, Wilson likes to keep a corporate casual look.

“I dress in the middle,” he explained. “I’m somewhere between a T-shirt and jeans and a suit and tie every day.”

For more chill happenings, he stops by The Gallery by Wish ATL.

“Wish has all the cool, street wear and attire,” he said. “They have exclusive shoes and also awesome clothes.”

You might catch Wilson out with his friends on a Saturday, too. When they link up, they head to Oak. The four-level entertainment complex in downtown Atlanta blasts hip-hop and R&B music and serves small bites on the weekends for club nights.

“That’s our go-to place to hang out socially,” Wilson said.

If he’s not partying with the guys at the lounge, they’re either watching a basketball or football game at each others’ homes on a Sunday or trying new bars and restaurants throughout the city on a weekday like Bytes.

In fact, we caught up with Wilson at Bytes, a technologically infused restaurant in Midtown. The space includes large-scale video mapping walls, and on each table sits an iPad, where patrons can order drinks from the bar and yummy menu items, such as pizza, sandwiches and the signature buffalo bites.

“I’ve tried everything on this menu,” Wilson laughed. “I can’t say I’ve stuck to one thing since I’ve come.”

The Gathering Spot isn’t all work for Wilson. His company is one of his favorite places to relax.

“The cool thing about work for me is that a lot of times the social experiences that we are doing don’t really feel like work,” he explained. “Those are some of my wind downs, too.”

When he’s not finding solace at his place of business, he’s at home or at Piedmont Park playing with his two dogs, Shadow and Autumn. He rescued both of them.

“I’m a little bit of a homebody,” he laughed. “I’m hanging out with my wife and our dogs, and we have a good time just being at the house.”

Wilson doesn’t normally crave chocolate, but the “Cookie Monster” flavor at McCoughtry’s Ice Cream converts him into a chocolate lover each time he visits —even if it’s just for a moment.

“The ice cream there is amazing,” he raved. “They have this chocolate chunk ice cream that has all of this stuff in it. I eat a bunch of it every time I go.”

The shop, located in Castleberry Hills, is owned by WNBA star Angel McCoughtry of the Atlanta Dream. It opened it’s doors in 2017 and also offers homemade waffle cones, brownies, cookies and cupcakes.

“All of it is really good,” he said. “If you haven’t had McCoughtry’s, you should go.”